I am a Pole, a faithful son of the Motherland. The thought of great and strong Poland, free and independent, was and is the essence of my existence.

On April 15, 1915, the co-founder and the second honorary president, after Sienkiewicz, of the General Rescue Committee in Switzerland, Ignacy Jan Paderewski, came to the United States. 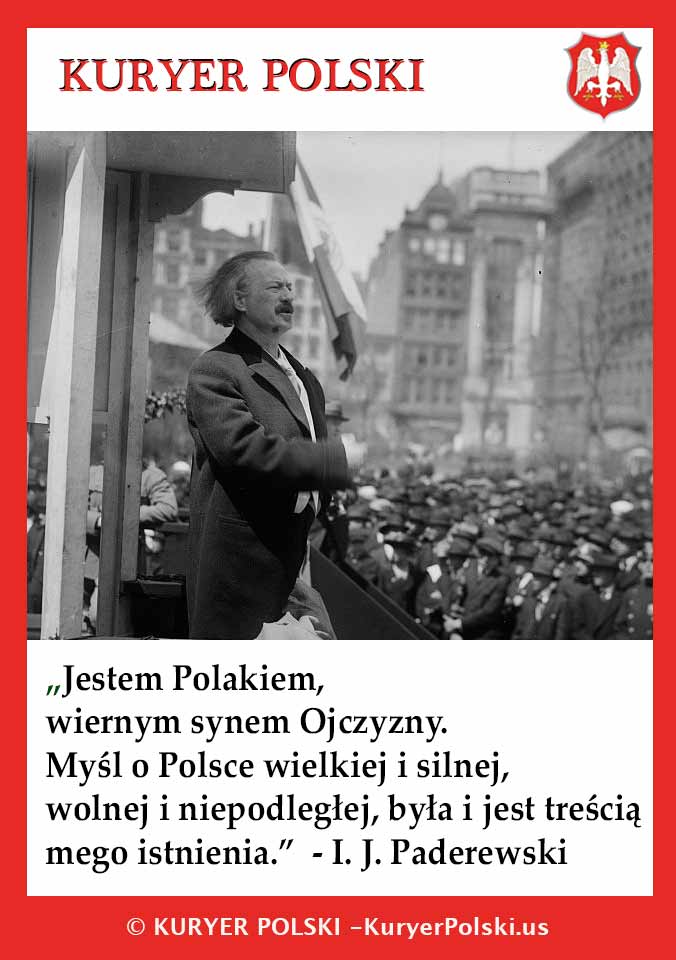 He was welcomed in New York by representatives of the Polish emigration and clergy, including the famous Polish banker, publisher, American and Polish diaspora politician, Jan Franciszek Smulski, who made a very positive impression on Paderewski and was himself fascinated by the personality of the great artist. He was enthusiastic about him in his correspondence to "Dziennik Związkowy": Paderewski has an unusual charm when speaking. You can listen to him for hours. (…) In every word of Paderewski you know the strength of his faith, fortitude of will, and the devotion to the public service and the cause. (...) Reporting further from the meeting with the "master of tones" JF Smulski describes his interlocutor as follows:

Paderewski talked about relations, about the efforts already made in France and England, about plans for America. And he spoke about everything with such knowledge of the psychology of people and societies, with such knowledge of political matters, so clear and convincing his views on the course of current affairs were, that I immediately understood that I had before me not only a master of tones, but an extraordinary diplomat. He is a genius of Polish political thought, which one should and must follow, because, above all, he is defined by unfathomable love and boundless devotion to Poland. Paderewski is ready to throw on the scales of Poland's future not only his fortune, but also himself. He lives only for Poland and through Poland. For her, he is ready to sacrifice all his future, all his fortune. "I want nothing," he said, "but that my health and my property, which I collected were enough to live the moment when I will find that I helped to save Poland and put her on the proper level among the nations of the world. Let me be left without a cent. It is enough for me to watch a happy Poland."

Smulski introduced Paderewski into the circles of American bankers, entrepreneurs and politicians, whom, thanks to his emotional commitment, he persuaded to support the Polish cause. Paderewski's first public appearance took place on April 30, 1915, in Chicago, at the monument to Tadeusz Kościuszko, funded by the Polish community in 1886, and unveiled on September 11, 1904. Over 100,000 participants attended the great patriotic demonstration. For those who could not be present, a fiery appeal was announced in the Polish-American press the day before. Here are excerpts from this speech:

MY COMPATRIOTS, MY DEAR BROTHERS!

Hello, brothers, hello dear sisters! I greet you with my own joyful heart and with my motherland's suffering; I greet you with the care of the Nation and its suffering, but also with all its gratitude, trust and hope. Hello and I humbly bow down to you; because you are Poles.

You came to the feet of the monument in front of which in Poland we were not allowed to speak. You have gathered here near the monument to one of the greatest sons of the famous Motherland, in the state of focus, a glorious custom of that country, pay tribute in a memorable and grateful way to him and to all those who fought for human freedom. You came in peace, seriousness, almost humbly, and yet each of you can boldly raise your forehead, everyone should look around with pride - for you are Poles. (...)

By the faith of the Fathers you stand steadfast, you do not forget your mother tongue, because you are aware that there is no more beautiful language in the world, or richer than ours, than Polish. You are, in a way, our fourth district by number and strength. With education and abundance, talent for collective work, experience in various acquired professions, you have stood high. The Polish nation is proud that you are the blood of its blood, the bone of its bones. (...)

I am your brother. For all of you who are here, I have an equally fraternal affection, a warm, cordial love. I am a Pole, a faithful son of the Motherland. The thought about great and strong Poland, free and independent, was and is the essence of my existence; its realization was the sole purpose of my life. Although I have spent most of my years among strangers, I have never betrayed her for a moment and never will.

I do not belong to any political party and I do not come to instruct you to go in one direction or another. The Nation has already settled the matter. It favors good people, not enemies, trusts in God, and in his own power. (...) Go where your heart shows you.

When the misfortune is over, you will return to your old arguments, but in the meantime, forget your differences, join together, give each other your hands, if not for permanent agreement, then for joint work, for which Poland will forever be grateful to you.

The result of Ignacy Paderewski's three-year work in the United States was the recruitment of over 20,000 volunteers to the Polish Army in France, the so-called Blue Army, commanded by General Józef Haller. It is also important that Paderewski had an impressive social backing. Namely, with hundreds of Polish community activists and organizations that recognized the authority of the "master" and submitted to his leadership, and the Polish press. It is worth mentioning at least some of them here: Dr. Teofil Starzyński, Franciszek Dziob, Jan Styka and Władysław Benda. Paderewski has created a huge intellectual and financial base around the "Polish cause". He delivered over 340 speeches and wrote thousands of letters to important personalities in American life. An important fact was the diplomatic efforts of Polish organizations, and above all, the personal influence and friendship of Ignacy Jan Paderewski with the President of the United States, Wilson. Thanks to the personal involvement of Ignacy Jan Paderewski, President Woodrow Wilson signed a decree on October 5, 1917, authorizing Poles from the USA to form his army. Since American law did not allow for the training of a foreign army on its territory, Canada came to the rescue by making available the area near Niagara-on-the-Lake. The camp was named after Tadeusz Kościuszko. On January 8, 1918, the United States officially took a stance on the Polish affairs. American President Thomas Woodrow Wilson then delivered a message to the US Congress in which he stated in item 13 of his program:

An independent Polish state should be created, which should include territories inhabited by the undeniably Polish population, which should be provided with free and safe access to the sea, and whose political and economic independence and territorial integrity should be guaranteed by an international treaty.

France and England did not take a separate stance on the Polish issue, but expressed their solidarity with Russia. A similar position was presented in many other situations in Locarno, then in Munich and Yalta.

Spectacular activities of Polish patriots in the USA, led by Ignacy Jan Paderewski, led to the creation of Herbert Hoover and the Organization of the American Relief Effort in Poland (1919-1923). This American government organization, together with other organizations such as the Polish-American Children's Aid Committee, donated $250 million to Poland. It must be remembered that the value of the dollar in the pre-depression period was astronomically high. [$250 million in 1923 is $3.8 billion in 2020 (dollartimes.com) - ed.] Financial assistance for Poland did not end with independence, it continues to this day. Walking through Polish streets, we never wonder which house was built with the money of Polish emigrants. The Polish community in America during the Second World War and during the communist period took upon itself the important duty of representing the historical truth and preserving the Polish national identity. However, it was under surveillance and successful efforts to brake it up by the communist agents. After 1989, Polish emigration was being persuaded to stay away from politics, to focus on culture, and this state continues to this day.

The Second Republic was established largely thanks to the efforts of emigration, the skills of the then political class and cooperation across political divisions. Cyprian Kamil Norwid, poet and thinker of great emigration in France, said: HOMELAND IS A GREAT COLLECTIVE DUTY. No one has implemented this idea better than the Polish diaspora during World War I, during the formation of the INDEPENDENT [Poland].

This is why we recall the image of the emigrant Jan Ignacy Paderewski as an as yet unmatched great statesman, effective politician, and leader of Polish statehood, who did not belong to any party. His life's mission was free, strong, great and sovereign Poland.

It would be the wish of the authors who created this material for it to be read by all those who have any, even the slightest, influence on the decisions about the fate of Poland and to pay attention to those decisions with patriotic care. We greet all compatriots in the country and abroad. All of you, please help us to promote this text.

Translated from Polish by Andrew Woźniewicz 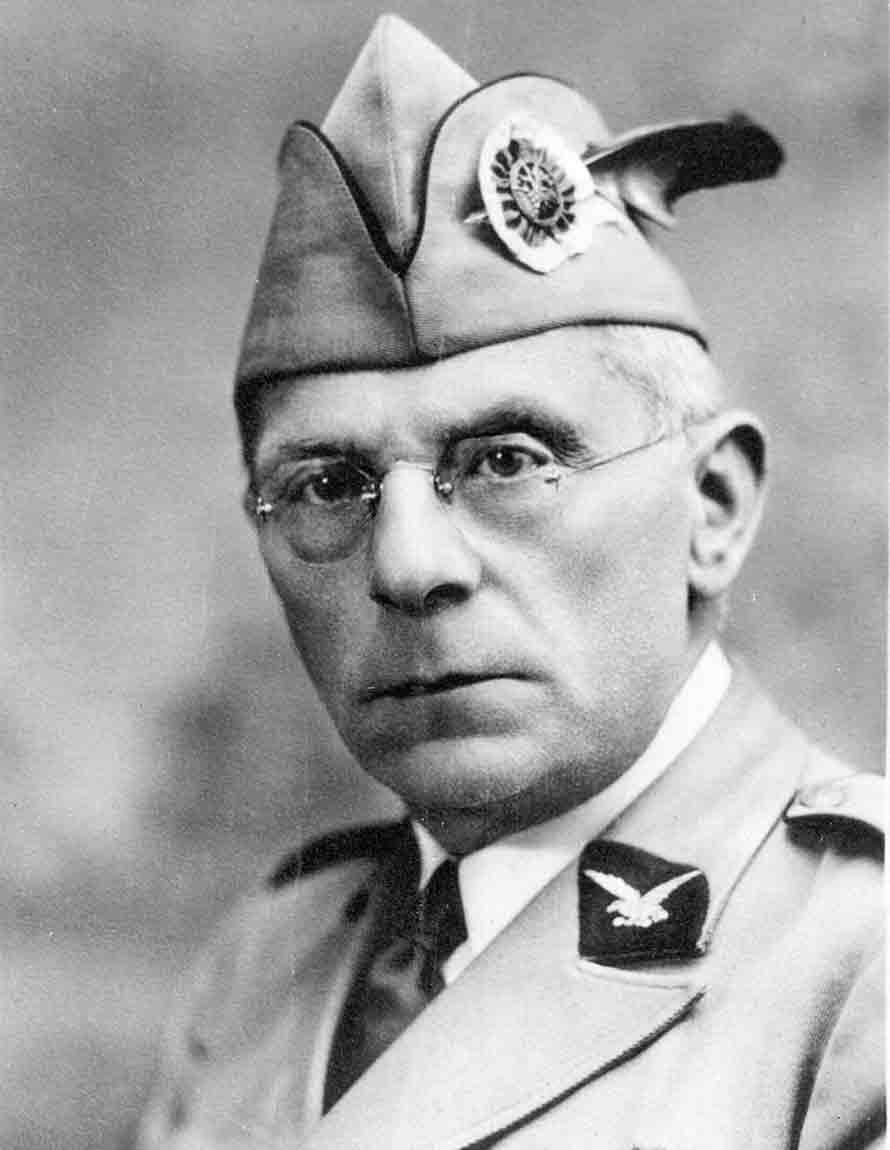 The outbreak of World War I raised great hopes for regaining independence among Poles scattered all over the world. They have been preparing for this historical event since the loss of independence. Each generation has played a part in this struggle, each has made mistakes and has its own vision of the future. However, it can be safely stated that the use of a favorable historical moment was possible thanks to the collaboration of outstanding leaders, their leadership talents, dedication and patriotism and awareness of all social groups. 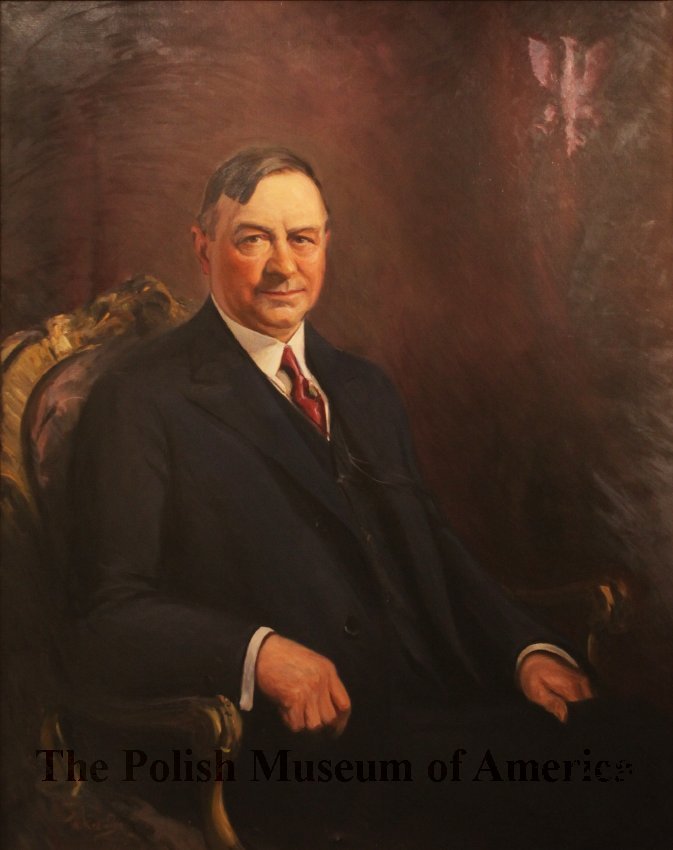 JAN FRANCISZEK SMULSKI - an outstanding patriot, champion of the Polish cause towards the US President Wilson, close associate of Jan Ignacy Paderewski and Roman Dmowski, an organizer of financial aid for the reborn Poland, an emigrant initiator of key undertakings for the Independent. Lawyer, journalist, publisher, politician and, very importantly, the first Polish millionaire and banker in Chicago.

Read more...
The Blue Army and American volunteers are the foundation of Polish identity overseas, do we all understand that? 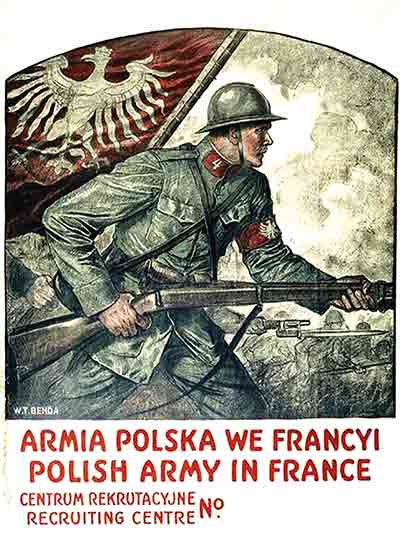 During World War I, the political direction for Polish emigration was simple - Poles should co-operate with the Entente [countries]. After many meetings with government officials, special hopes were placed on the Canadian government, which agreed to accept a group of Falcons into the Toronto military school. On January 1, 1917, 23 candidate officers secretly arrived in Toronto. On May 21, 1917, they received officer ranks. The top five became instructors at the Cadet School in Cambridge Springs.