Message from the Editor-in-Chief 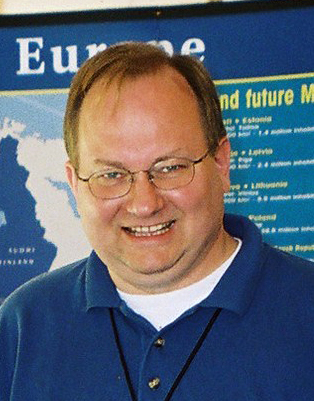 My name is Waldemar Biniecki and I am the Chief Editor of Kuryer Polski in Milwaukee. Kuryer Polski was the first daily newspaper published in the United States. It was founded by my compatriot, Michał Kruszka in 1888. He then said: "Kuryer Polski represents Polish interests in America." Today’s Kuryer Polski- would also like to represent Polish interests by promoting the great Polish American history, promoting Polish business in America and encouraging Americans of Polish origin and the entire Polish diaspora to participate in social life, including politics. We want to show Americans of Polish descent that the Polish ethnic group still has a lot to offer. We want Poles scattered all over the world and Poles in Poland to learn about the great achievements of American Poles. Therefore, today's Kuryer Polski is a bilingual (Polish-English) internet portal and has its historical base in Milwaukee, Wisconsin. Exactly like the Kruszki’s newspaper. We decided to launch this portal on September 1, 2020 to remind everyone of the most horrific moments in Polish history. Polish history is still untold to the world, and some politicians from other countries tend to falsify it. We managed to recruit a great editorial team and journalists from the USA, Great Britain, Germany and Australia. Many of them have a glorious past in anti-communist activity in Poland. Many of them were awarded by the highest Polish authorities. Our team includes graduates of renowned world universities, we speak many foreign languages. But it is still not enough. We want recognized members of the Polish diaspora from all over the world to write to us. We already have a text from faraway Kazakhstan. We are waiting for the relations of the Polish diaspora from Brazil, Argentina, Australia, Russia and many other countries. There are 20 million members of the Polish diaspora around the world and it is worth finding out about it.

What are our needs? We received a grant from the Polish government to set up the portal, we need more funds, primarily for professional, journalistic translations and the editing process in English. Soon we will launch the business part, if you have a product in Poland and would like to expose it to the American market - see our columns. If you want to place your ad - write to us. We want to provide Americans with objective information about Poland, Poles, and Poles abroad, and develop business contacts between Poland, the United States, the European Union and the Three Seas Initiative countries. We need correspondents from different parts of America and the world who could inform us about what is happening in the world of the Polish diaspora. We know that the resources of individual people contain many untold stories, based on extremely valuable documents that are still hidden somewhere in the basements and garages. There are many positive stories about saved Polish artifacts, such as the collection of photos of Roman Kwasniewski, a Polish photographer from Milwaukee from the interwar period. Let's not let this story get lost. Let's save our history.