During the ABC town hall in Philadelphia, Joe Biden compared Poland and Hungary to Byelorussia and claimed that they were in a league of some totalitarian states that are being embraced by President Trump.

But Poland and Hungary are countries that are members of NATO and the European Union that have fully functioning democracies. Byelorussia is a dictatorship, largely under the control of Russia. Poland was the leader in the fight for freedom from communism with its revolutionary trade union Solidarity and it is a leader now in the Western assistance for the Byelorussian workers who want to make their own country Byelorussia more like Poland, a country of freedom and democracy. 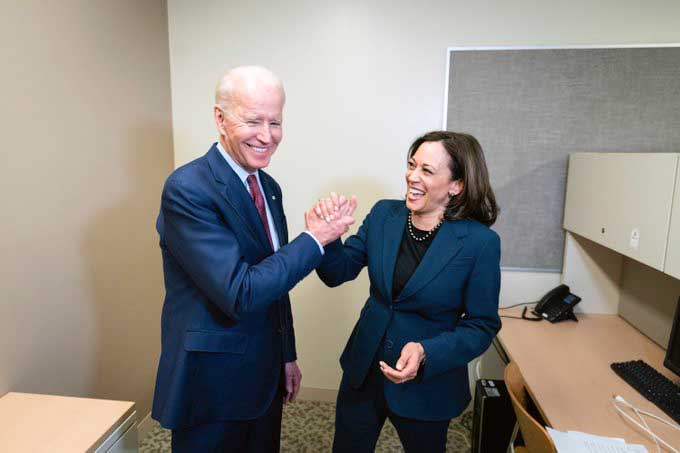 Joe Biden’s words are not a real criticism of these countries but simply demonstrate who he is: a pawn of the European Left, concentrated around the European Commission mandarins, who resent that these countries are not following their marching orders but are resolutely pursuing their own policies of independence from Moscow, traditional family values and getting rid of remnants of communist officialdom, which continue to poison their public life.

What is more important is what Joe Biden’s attitude indicates about his future policy toward Poland and Central Europe. Close links between President Trump and Central Europe are based on an extensive security architecture, fueled on his Administration’s assessment of the Russian threat to Europe and the West. From his first campaign, President Trump pursued the modernization of NATO involving the increased financial contributions of its members, increased mobility and technological innovation, and decentralization of defense functions to the eastern flank of NATO: Central European countries that face the greatest pressure and subversion from Russia.

President Trump signed the Enhanced Defense Security Agreement with Poland in August 2020 that significantly enhances the security of Poland and other Central European states. He moved the Forward Command Headquarters of the US Army V Corps to western Poland which will direct the defense of the eastern flank of NATO. This agreement also provides the legal framework for stationing of US troops in Poland. Their number was increased to 5500. There is also a prospect of further troop transfers when US troops are withdrawn from elsewhere. President Trump reestablished a missile defense agreement with Poland that had been cancelled by the Obama Administration.

Joe Biden has stated that he supported the admittance of Central European states into NATO and that he supports this alliance right now. Obviously, Poland and the United States are allies under obligations of the NATO treaty. But under President Trump, Poland has a special relationship with the United States, symbolized by the growing military ties. Joe Biden will abandon Poland to the Russian sphere of influence in the name of political correctness. There will be no increasing numbers of US troops in Poland or elsewhere in Central Europe and possibly the ones already there will be removed.

Another issue is energy independence for Central Europe, threatened by legacy pipeline connections with Russia. President Trump strongly supports the Three Seas Initiative, which is an effort by Central European states to build up their energy infrastructure north to south to be able to import natural gas from the world market, including the United States. Joe Biden made no such declaration. Further, Joe Biden announced several times, though recently he was more ambiguous, that he will ban shale gas fracking in the United States. Thus, Central Europe will be deprived of a reliable source for its own purchases.

President Trump fulfilled a long-time demand of the Polish American community to include Poland in the Visa Waiver program that will allow Polish citizens to travel to the United States as tourists visa free. In view of the 10 million Polonia in the United States, most of whom have relatives in Poland, this is a great convenience as well as the removal of what was regarded as a discriminatory measure. The Obama Administration had eight years of promises to carry out this measure and it never got it done.

Overall, under President Trump Poland and Central Europe enjoy a strong relationship with the United States, see real understanding of threats that they are facing and are reassured by growing military, political and economic ties. Under Joe Biden, Central Europe will witness a return of geopolitical uncertainty and passivity of the Obama Administration, nasty surprises like the cancellation of the missile defense agreement, and constant ideological attacks in league with the European Left. President Trump values and respects Poland and Central Europe and it shows in his policies. The majority of Polish Americans voted for him in 2016 and they will do it again in 2020.